People keep asking, “So, have you put your garden to bed for winter?” The short answer is: “No.” The longer answer is:

“No, not by a long shot! I’m still  swimming in summer squash — so much that I spent most non-session moments last week creating and freezing all sorts of ‘zucchini’ recipes to freeze for winter. I’ve got green striped cushaw still maturing, lettuce, kale, waist-high chard, collards, beans, sweet potatoes, peppers, tomatoes, raspberries, Brussels sprouts and more still trucking along. I waited so long to harvest my bags of potatoes that they sprouted again and began a second round of production. I’m still gathering loads of chocolate mint to dry for my nephew, best friend, brother and us. I’ve got garlic to put in the troughs as soon as I pull out the pepper and bean plants, which I can’t bear to do yet, since they continue to produce gobs and gobs of easily harvested yum’s.”

We also have flowers, since I aim for blooms as early and late as possible. This year the daffodils started in late March, and if all goes well, we should have blooms into late October or early November. Here was David’s mom’s birthday bouquet from yesterday:

Colors have muted with the cooler nights and change of seasons. Above, you can see a selection of zinnias, sedum, bachelor’s buttons, snapdragons and shiso I’ve let flower and hopefully go to seed for next year. That shiso makes an amazing pesto with hazelnuts, homegrown garlic, olive oil and a bit of raw manchego.

The big news this past week was squash, specifically, white scallop squash and green striped cushaw, shown here with a lone eggplant:

I don’t grow zucchini, but zucchini recipes translate well for the ancient Native American heirloom known as white scallop squash. We far prefer it for texture, beauty, and taste. I know some readers decided to grow this low carb, high fiber wonder food after I blogged about it last year, so I thought I’d include recipes and links to recipes I’ve made with this summer squash. The main difference between white scallop squash and zucchini is that if you freeze zucchini or use it in baked goods, you really need to squeeze out a lot of water and drain it. White scallop squash lends itself better to freezing and baking, as it’s slightly drier. It also won’t color your dishes green like zucchini skin will. You only need to peel if the skin grows tough.

In case a temperate autumn has you swimming in summer squash, too, here are a bunch of treats I made last week or in previous weeks or years:

I significantly modified the above linked recipe, so I’ll share my own creation here, shown half-eaten, with dandelion-chicory tea:

I’ll call my creation Blueberry-Elderberry-Squash Cornbread Muffins, since I took the opportunity to use up some of the many elderberries I had previously harvested and frozen.

Again, I modified the original recipe to use clean, easy to digest, vegan ingredients. Coconut oil would probably have been even yummier. I was just too lazy to melt it. I usually bake gluten-free, but our co-op had the organic, sprouted red fife flour on sale, and I’ve found that works well for pastry flour. The sprouting helps with digestion, too. I wouldn’t live on it, but it packs more protein than most gluten free flours. I also prefer hazelnut milk to almond milk, since we can grow hazelnuts right here (in our yard!) and they do not require the volume of water that almonds grown in drought ridden California do. Here’s the link to the original recipe I modified.

I modified this recipe, too, using a combo of organic sprouted rye flour and the organic sprouted red fife flour. I used white scallop squash instead of zucchini, a combo of coconut sugar and birch sweetener (hard wood xylitol) for the sugar, and raw cacao nibs for the chocolate chips.

Yum! I modified this one so much that I’ll list my own recipe below:

I served this bread with an easy lentil-salsa-squash soup, and the bread tasted almost like biscuits. We froze over half this recipe, as it’s dense and filling.

This recipe doesn’t have any measurements, as it’s the sort of soup you can prepare when you have leftovers or excess shredded squash that needs a use pronto!

Um, wow! These are the beefiest, most authentic hamburger tasting veggie burgers I’ve ever made or tasted. Crazy. I followed the linked recipe exactly, except that I used white scallop squash, and I did not have steak seasoning. Instead, I used two different blends of grilling herbs and a couple splashes of vegan worcestershire sauce. Granted, I have not had a hamburger in over 14 years, but this was so similar to a beefy burger in color, texture and taste that it almost freaked me out. David can’t wait to try these now frozen treats!

This is David’s new favorite thing! I threw these together in a spontaneous attempt to use up even more shredded white scallop squash. All measurements are VERY approximate.

Ingredients (all are organic and vegan)

These were another wow — so much so that I made them twice, once as brownies and then again as cupcakes for David’s mom’s birthday yesterday. As cupcakes, I used a little less applesauce and no nibs, since I knew we’d be serving them with (a moist) vegan vanilla ice cream. As brownies, they were ooey-gooey yum. We now have frozen healthy desserts for any sweet cravings or unexpected guests.

I did modify the original enough to give my version here. I’m sure the original rocks; I just don’t use canola oil, and I found that the recipe needed more chocolate powder to cover the taste of our olive oil. Here’s my version, but do check out the original, especially if you are using zucchini rather than white scallop squash. I have a feeling my drier version was due to my squash being drier, as well as the ingredient substitutions.

This recipe makes a corn-free substitute for polenta. If you want a creamy polenta, use the less ground flax. If you need something harder, just add more ground flax towards the very end of blending. Do not let ground flax sit in a blender! It does firm up and will become very difficult to clean if you leave it in there.

I made this recipe a couple times last year, but it was very popular. Here’s the link to my recipe, and here’s the original SunOven Zucchini Bread I modified.

This is another older recipe, and typical me, no real measurements. Just do it to taste:

Amounts really do vary, so taste test as you go.

That should keep you busy. I know I was a cooking, baking maniac last week, waking up early, prepping between and then baking things during sessions, and freezing like a champ. I still have so much squash coming that I’ve arranged a Thursday donation to some farm fresh loving family friends who will deliver any excess to the local soup kitchen, on which our friend sits as Board President. It helps to have connections.

In any case, no, I have not put away the garden for winter.

Things look a bit subdued, but I have many harvests to go before the garden sleeps. 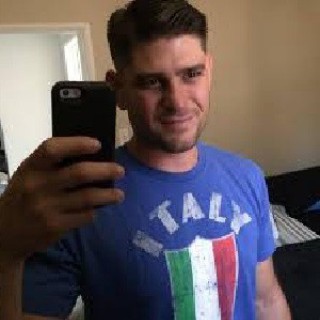 Hello this is Thomas Reed im 31 yrs from Nashville, TN. During the past 2 yrs I have been interested in homeopathetic remedies to avoid the superficial medicine we are now adapting to as a daily matter.